The Ford Flex made its debut in 2009 and since then it has been the same old school box-shaped SUV which may or may not stand in the competition. Bad seating comfort, lethargic base engine are some more features that add to the negative list of this SUV. But what makes it still a selling car is its three-row seating configuration.

What’s new in 2018? Well, nothing. Rear seat entertainment as an option has been removed & since 2013, this SUV has not been updated. Ford Flex is a not a slow performer but not as breathtaking as Dodge Durango. Its V8 optional engine comes with excellent towing capacity.

Or you can choose to have a Toyota Highlander which is more helpful in saving on fuel bills as it is equipped with the hybrid system.

Pulling duty is done by 3.5-liter V6 which is capable of churning out 287 hp & 254 lb-ft of torque. Shell out $8000 more, 2018 Ford Flex is a turbocharged 3.5L-Ecoboost V6 ,good for 365bhp that pulls cleanly to 60mph in 6.2 secs. Both the engines are mated to 6-speed select shift automatic gearbox but the Ecoboost does come short with the paddle shifters. 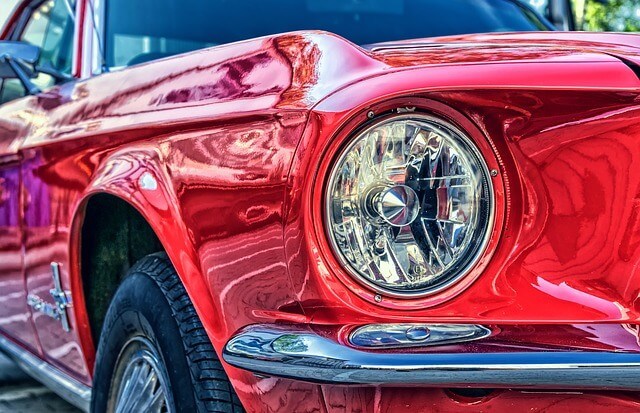 Driving this big SUV is not a big deal. This SUV doesn’t have much of a body roll like bigger SUV’s which is a good thing but it’s not as agile to drive due to its large economics. Measured at 5.1m x 2.2m x 1.7m (LxWxH), it’s a fairly large car and this results in losing athletic driving dynamics of a typical Ford.

Flex is one of the cars which you should look at if you need space to keep your knick knacks & easy accessibility to them. Whereas other fords are now employing physical buttons, this ford still has the touch-sensitive buttons which are pressed accidentally, sometimes, which may be infuriating.

Large wheelbase helps this car to give its passengers excellent levels of legroom inside. Access to the second and third row is easy and the headroom in every row in good. The front-seat are flat and featureless. Long-distance drives could be tiresome. The second-row seats have loads of legroom & the third row is somewhat ok for average-height adults.

Centre console boasts a 4.2-inch Sync touchscreen but the optional 8-inch Sync 3, which now incorporates apple car play & android auto which helps in seamless connectivity between system & your smartphone is something one should opt for.

The Flex continues to be one of a kind on the road. The three-box design has a charisma of its own. This design is a kind of love it or hate it. The ride height of this car provides good visibility while not making you feel like you need a ladder to get in and out. A power tailgate is optional, but it doesn’t offer that uber-cool foot-gesture opening that you can get on a Ford Explorer. The large dimensions, 5.1m x 2.2m x 1.7m (LxWxH), of this car makes it look like a warehouse on wheels.

In NHTSA testing, the Ford Flex was only evaluated for the rollover crash test and it achieved four stars out of five stars.

Except for an acceptable rating in the small overlap front crash test, the Flex was awarded highest rating of Good in the remaining four crash evaluations in IIHS testing. Flex doesn’t offer emergency auto braking feature which could be helpful in avoiding frontal collision & that’s the reason why the flex was awarded the score of Basic, which is issued for front crash prevention for properly warning the driver of a collision.

When it was introduced in the year 2009, the Ford Flex can be distinguished as the uber cool SUV at that time. But don’t get astounded if the Ford Flex doesn’t make it for next year. It’s been a decade old car which ford has neglected since then.

We would suggest going for a 2013 model rather than looking for a brand-new Ford flex as there is negligible change since then and this could save you a few more thousand dollars.

If you are looking for a fit for a family not so fast SUV in the market, the Ford Flex is something you should go for but if you need something breathtaking performance, you should look somewhere else.

Three Things Every Writer Needs on Their Computer