Though many parents and child development professionals have long known that even young children learn by observing others, the extent of learning grammar is only now formally being investigated. Infants commonly babble and coo. Parents commonly smile and respond to these rudimentary verbalizations. Scientists are now beginning to see that youngsters are far more knowledgeable concerning grammar despite the fact that they lack the ability to express this information.

A group of psychologists from the University of Liverpool discovered that children at two years of age understand complex grammar though most cannot speak in complete sentences. Working at the facility”s Child Language Study Centre, researchers proved this theory by developing computer programs that allowed children to match sentences with images seen on a monitor. The results also seem to indicate that children use sentence structure as a tool to word comprehension. 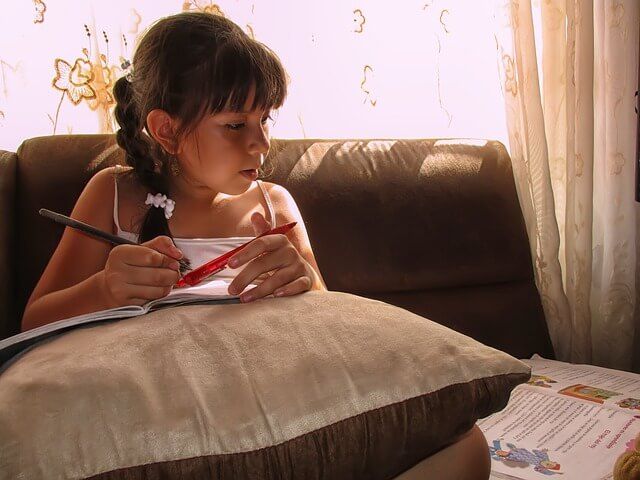 When learning language, children must not only learn the definition of words, but also how to combine words to express a particular meaning. For the most part, two-year-olds frequently use no more than two words together. Instead of speaking in complete sentences, a child might say “more milk” or “no coat.” In this instance, children demonstrate that they not only understand the meaning of each word, but also that they can correctly combine the words to express a need or desire.

The researchers then invented a series of verbs. Scientists tested their theory by showing two-year-olds cartoons of animals. One image indicated one animal performing a specific action to another. A second image showed one animal performing a task alone. Creating sentences using the “new words,” children were asked to identify the image that matched the sentence. More frequently than was expected, the youngsters correctly chose the right image.

The physicians concluded that though children may not have an extensive verbal vocabulary, their knowledge of grammar, language and sentence structure is far more advance than was previously suspected. Little ones may also use grammar to understand words not associated with nouns to learn the meaning.

The Grammar and Rhythm Connection

Researchers at the Vanderbilt University Medical Center also recently found that there is a connection between a child”s ability to differentiate between musical rhythms and grammar comprehension. Though further studies are needed, scientists believe that providing children with musical instruction may be the key to improving grammar skills.

The study involved two dozen 6-year-olds who initially underwent a basic test to assess musical aptitude. A computerized program played two different melodies. The children were then asked whether the tunes were the same or different. Another program displayed two cartoon characters playing two different rhythms. A third rhythm was then introduced. The children were then asked which character played the third rhythm.

Grammar skills were evaluated based on questions asked about a series of photographs. The youngsters were then assessed on a number of variables that included sentence structure and tense. Surprisingly, the children who scored well on the musical portion of the test also performed well grammatically. The correlation was evident regardless of the participant”s IQ, previous musical knowledge or socioeconomic status.

Why is Snovio Email Finder Better Compared To Other Tools?

6 Tips to Find Your Dream Home

What You Will Be Denied Of For Rooting Your Android Phone